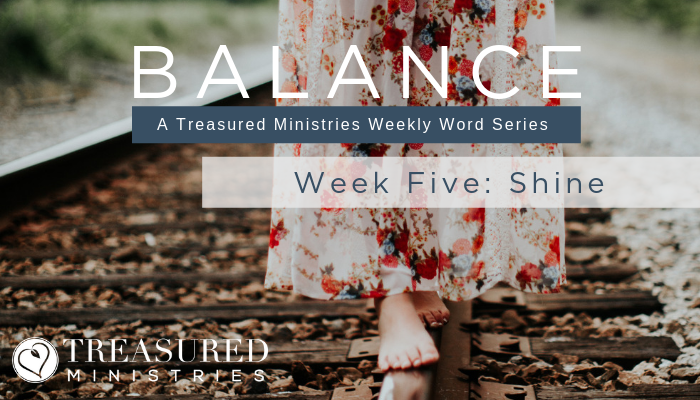 God would not stop until He won the argument—the lives of His chosen people were at stake. God wanted Moses to shepherd the Israelites out of slavery in Egypt into the freedom and blessings of the Promised Land. But Moses continued to argue.

To protest His God-given purpose.

Never mind the burning bush or the promises of the powerful arm of the great I AM. Never mind his brothers and sisters held captive in slavery.

Moses was focused on himself and his inadequacies.

God was not impressed with this false humility. In fact, the Bible says God was angry (Exodus 4:14). When God calls – we have a choice: Will I argue with His Word or align my life with His Word? When we align, we rise and shine.

False Humility Does Not Reflect His Light

Mmm mm mm. Let that one sit inside your soul for a while. False humility does not impress God. It may win the hearts of religious Pharisees, who pull others down to prop themselves up. But to God, false humility is simply self-focus. False humility forgets about God’s power and paralyzes us with fear.

It is not about my ability—it’s about my willingness to take God at his Word!

Who am I to serve you? What will people think? Others don’t respect me because of my past failures. Why would anyone listen to me? I am not good enough. I am inadequate. I am afraid of failing!

Then others times, I stop trying so hard to “be” and just surrender to the power of the GREAT I AM and rest in him. I am not called to create light—I am called to reflect the light of Jesus by listening to and being led by the Holy Spirit. But when my heart is turned inward in false humility, it is not facing the right direction to reflect his light.

You are a treasure. God created you to shine by reflecting his glory as you turn your heart to his.

Your ability or His? Argue or align? Your choice today determines your destiny tomorrow. Lean on God, his strength and ability, and power! His plan. When you surrender, you shine by reflecting his glory, and your life creates a path for others to see Jesus.

Have you argued with God this week about something he wants you to do? Dwell on his promises in the Bible instead of your inadequacies. Dwell on Jesus and his power—and watch your courage rise!