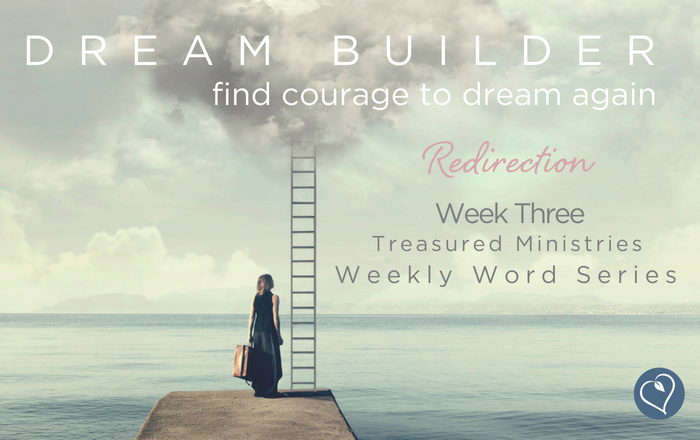 Like strong winds that detach dandelion seeds, pushing them to new ground to flourish, sometimes rejection can be God’s redirection to position us for our purpose.

Joseph experienced truth in his life.

Joseph is often remembered as one who wore a rainbow. Beautiful, multicolored brilliance cascaded over his shoulders and down his arms. His coat of many colors was a generous gift from Jacob, his father. It was also a flagrant display of this father’s favoritism toward his seventeen-year-old son. Putting on that glorious garment each morning must have reminded Joseph of his father’s great love. But the richly ornamented robe was also a thorn in the side of his eleven brothers, a constant reminder that Joseph was the favorite.

One night Joseph had a dream, and then another a few nights later. The dreams showed him in a position of power and greatness. He would become so great that even his brothers and his father would bow down to him. He told his family about the dreams, and the envy brewing in his brothers’ hearts finally spilled over.

They tossed Joseph into a pit.

The pit did not prevent Joseph’s dream from becoming a reality—God was with Joseph.

The pit put necessary boundaries in place for Joseph to be away from his family. His brothers hated him and could have potentially killed him if he had stayed around, because they had not dealt with their jealousy and envy. Joseph also needed to be away from his doting father to learn dependence on God. Because Jacob was so attentive to Joseph, the young man may not have been motivated to lean on the Dream Builder.

Sometimes we have to be pushed out of the nest, pruned, and even allowed to spend time in the pit to learn we can fly on the wings of the Holy Spirit (John 15:2).

The pit also moved Joseph to a place where he would receive the provision necessary for his dream. At that time Egypt led the world in knowledge, medicine, and wealth. However, Egypt was a destination Joseph probably would have avoided because God had called his chosen people to Canaan. Also, Egypt was a reminder of negative history in Joseph’s family. Abraham had previously made two trips to Egypt, each time making poor choices that resulted in negative consequences (Genesis 12:10; 20:2). But the pit forced Joseph to move to Egypt, the place he needed to be.

God Had a Plan for Joseph, and He Has One for You

The brothers’ intent was evil, but the pit would propel Joseph into God’s purpose. Joseph’s betrayal by his brothers activated his adventure of living the dream God had given him.

That dream, after all, was not Joseph’s alone—it was also God’s dream. It was God who had created that dream in Joseph’s mind as he slept.

God’s ways are so different from ours (Isaiah 55:8–9). Perhaps you don’t understand why you are in a particular place or situation—but God does! And he has a plan. If you have been rejected, shake the dust off your feet and trust that God is planting you somewhere you can bloom (Matthew 10:14).

The devotion you read today is taken from Dream Builder: a six-week study on Joseph and the Patriarchs from the Nourish Bible Study Series. Consider Dream Builder for your next Bible Study and find the courage to dream again.