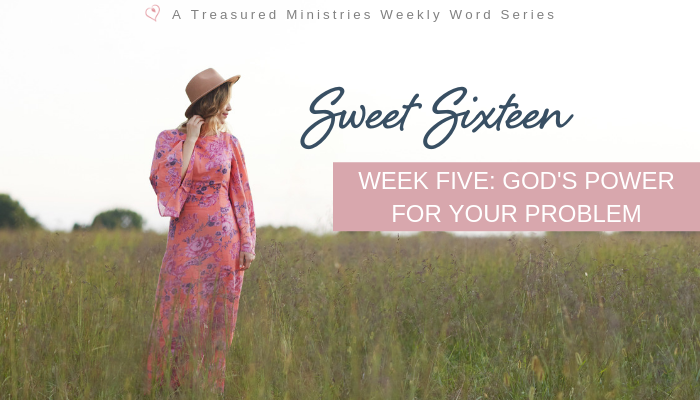 Our Nourish Scripture this week is one of those weird passages that makes me squirm. Mark chapter five sits you square in front of evil.

“When Jesus climbed out of the boat, a man possessed by an evil spirit came out from the tombs to meet him. This man lived in the burial caves and could no longer be restrained, even with a chain. Whenever he was put into chains and shackles—as he often was—he snapped the chains from his wrists and smashed the shackles. No one was strong enough to subdue him. Day and night he wandered among the burial caves and in the hills, howling and cutting himself with sharp stones.” Mark 5:2-5

I would rather forget about the pain the prince of darkness causes inside of this world.

I would rather not watch the news.

I would rather not hear another story of a woman’s broken heart at the hands of abuse.

But evil is a reality inside our broken world. To look away …does not make evil go away. Rather our Lord calls us to face evil with the force of his power and overcome evil with good.

Far beyond what we can see there is a battle going on. And while the weight of evil in our broken world can make us feel powerless, we are not.

You are never powerless when you belong to Jesus. You do not fight alone.

When we stand under Jesus’s strength through faith, we align with his power.

When faced with a battle, we can be tempted to put on the armor of the world, to fight with the world’s battle plans. We try to take the reins of life, fighting our way to take power the world provides to fix things. We can see our source of power from seeking possessions, positions or people.

These are just some of the worldly ways we sought to find power from external sources when we felt powerless.

But now we belong to Jesus, the Shepherd, and overseer of our souls. He invites us to receive his power by standing in his mighty strength (1 Peter 2:18–25).

Sharing the gospel is our precious privilege but one that the enemy of our souls would love to shut down. If he can get us so wound up and worn out fighting our battles the world’s way, we may become so discouraged, distracted, and directionless that we stop sharing the gospel altogether.

Godly girl power is God’s all-surpassing power. This is different from worldly power.

Love is the most powerful force and that is what Godly Girl Power is all about.

Looking inside Mark 5 can cause confusion just like when we confront evil in our own personal lives and the lives of those we love. However, inside this passage we find confidence and keys to align with God’s power and fight his way.

Learn how to THRIVE on God’s Word and embrace his power by downloading Nourishing Your Heart!